Venue Address will be provided after purchase in your confirmation email.

Last year, I invited Fringe audiences into my home for Chomsky vs. Buckley, 1969. This year I am challenging two of my favorite playwrights to cook you eggs and flapjacks! And additionally, to adapt Breakfast at Tiffany's to our own homes and voices: three writers, two living rooms, Capote, beer, and breakfast.

Bruce Walsh, creator of last year's Fringe home-hit, "Chomsky vs. Buckley, 1969" has sought out fellow playwrights, Chris Davis and Douglas Williams, to stage a collaborative work in their own homes. Additionally, each playwright will be required to make the audience breakfast as his dialogue is performed. Now tha's service!

The result "Holly's Dead Soldiers (A Breakfast Play)" is a one-of-a-kind interpretation of Truman Capote's "Breakfast at Tiffany's."

A quick overview of the process:

A. The writers discovered they each had a secret wish to cook for their audiences.

B. Breakfast is the easiest meal to prepare.

C. They decided to use a great American novel as a springboard.

D. They chose a novel with breakfast in the title, for obvious reasons.

E. It came down to Breakfast at Tiffanies and Breakfast of Champions; they flipped a coin; Tiffany's won.

F. They established some very strict rules. Chief among them, not one single line could be lifted from Capote's novel. The intent here is to create a totally unique, Philly-2013 version, using Capote's characters and story as a general arc.

G. They rolled dice to determine who would interpret the first, second and third parts of the novel.

Read the artists' interview on the FringeArts Blog HERE. 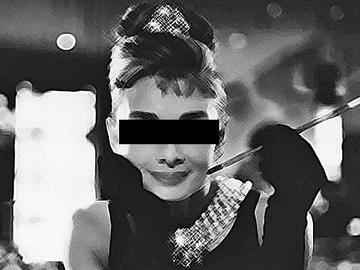