The performance previously schedueld to be at the Laurel Hill Cemetary has been postponed. All performances are now at Shivtei Yeshuron-Ezras Israel, 2015 South 4th Street

The hilarious, eloquent and haunting follow-up to Stanley’s 2011 hit "Beautiful Zion: A Book of the Dead," this true to life romp resurrects the cadaverous--from Philly’s Laurel Hill Cemetery to a British colonial graveyard in India to ancient Greek tomb worshippers. Paranormal activity guaranteed. Presented by Shiva3.

A funeral for the living. A coming-of-age embalming. A suicidal decapitation by coal train. A cross-dressing hillbilly named Doodlebug. This taphophilic, true-to-life romp resurrects and converses with the cadaverous--from Philly’s Laurel Hill Cemetery to a British colonial graveyard in India to ancient Greek tomb worshippers. This metatheatrical monologue is the killer followup to Stanley's 2011 Fringe show BEAUTIFUL ZION: A BOOK OF THE DEAD. It runs for 6 performances in the dark, dank coal cellar beneath "the little shul," historic Shivtei Yeshuron-Ezras Israel (come early to wander this 3-story hidden gem before descending to the underworld) followed by a final performance outdoors at the site of the show's main inspiration, Laurel Hill Cemetery.

Is there meaning to the universe? Is the spirit world speaking to you right now through this web page? If so it should be testable, no? Thrill as Stanley points to a tombstone in Philadelphia, researches the forgotten dead beneath it and sees the same name and profession rise to the surface halfway around the world in a Kolkata graveyard. Shriek and shimmy as Stanley worships the dead in song. Be amazed as a live seance yields messages for audience members. Psychism? Telepathy? Subconscious ideomotor impulses? Watch, decide, leave smiling, healed and redeemed. BONEYARDS. There's a little taphophile in all of us.

Shiva3 is the brainchild of Philadelphia newcomers Jeffrey Stanley and Bidisha Dasgupta, who migrated from New York City. Stanley is a playwright, screenwriter, filmmaker and faculty at New York University Tisch School of the Arts and at Drexel University Westphal College of Media Arts & Design. He was a 2011-12 [email protected]&Players artist-in-residence and served for two years as Plays & Players' board secretary. Dasgupta is a professional Bharatanatyam (Indian classical dance) and modern dance performer with an illustrious record in New York City and Philadelphia. She created the 2012 Philly Fringe show EINSTEIN/TAGORE: SEASHORE OF ENDLESS WORLDS. [email protected] .

THIS VENUE IS NOT WHEELCHAIR ACCESSIBLE. 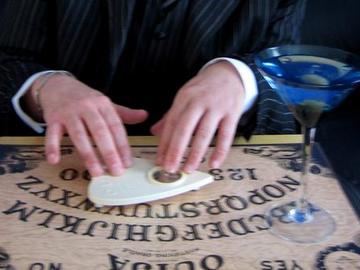