“It made sense to get naked.” Charlotte Ford, creator of Bang

“One of the bravest local performance-art personages to come along in the last decade.” Philadelphia City Paper

A hilariously bold and dangerously inventive comedic-clown-theater-spectacular, Bang answers the question—under the glow of a pink neon sex show sign—what happens if you get what you want?

Three of Philadelphia’s top physical and comedic performers—Charlotte Ford, Lee Etzold, and Sarah Sanford (of Pig Iron Theatre Company)—take the stage for a no-holds barred, sexually explicit, and hilarious exploration of nudity, desire, gender roles, and sexual arousal. Hosting are Cheyenne, a new-age spiritualist in indigo Thai fisherman pants; Gayle, who wears mom jeans, 5-inch cougar heels and is desperately in search of a sperm donor; and Barb, who recites Canterbury Tales in the original Old English, yet has mad tap skills.

Playing with the head, heart, and groin, the show plays off the audience, and plays directly to them. Humans take sex very seriously. Bang approaches all things sexual from the perspective of clowns, and exploits the awkward humor in the strange shapes our naked bodies can make. Prepare yourself.

Charlotte Ford is a Philadelphia-based theatre artist who creates avant-garde slapstick performance art that celebrates sublime stupidity with joyful abandon. She and her Bang cohorts Lee Etzold and Sarah Sanford are known for their superb comedic performances.  Bang is the first show that the three have collaborated on together. Previous Live Arts shows: CHICKEN (2010), Flesh and Blood and Fish and Fowl (2008).

Bang has been supported by The Pew Center for Arts & Heritage through the Philadelphia Theatre Initiative, and the Wyncote Foundation at the recommendation of Leonard C. Haas. Additional support provided by the Charlotte Cushman Foundation. 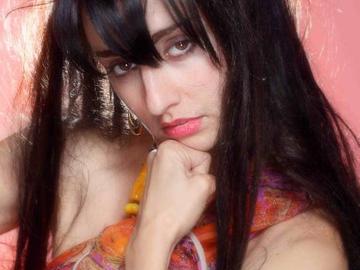 Contains nudity. Recommended for ages 17 and up.
There are no assigned seats for this venue. Arrive early to have the best choice of seats.