A play-within-a-play version of Shakespeare’s Antony and Cleopatra. An Egyptian expatriate gets caught between two revolutionaries—her fiancé, an activist director who tries to upend his commissioned Shakespeare production, and her brother, a nationalist fresh from the violence of Tahrir Square.

The Porch Room is an award winning theater and film company. Plays developed by its members have won the Samuel French Off-Off Broadway Festival and the NJACT Perry Award for Outstanding Original Play. Their works have been published by Samuel French and Vintage Press and have premiered at the Philly Fringe Festival, the New York Fringe Festival, Circle Players Theater and Playwrights Horizon. Their short films and screenplays have won multiple awards from MoviePoet.com, Screenplay magazine,TriggerStreet.com and the National Film Challenge. Signs from God, which premiered in the Philly Fringe, recently concluded a run in New York at the Puzzle New Works Festival. Other works include X/Y (Philly Fringe), Accidents Happen, Deep Fried Everything, Burt Reynolds’ Napalm Powered Oven…and Other Paid Programming (New York Fringe), Five Cornered Thinking, An Evening on the Porch and Drop (Samuel French OOB Festival/Playwrights Horizons). The Porch Room was founded by four alumni of Muhlenberg College: Pete Barry, J. Michael DeAngelis, John P. Dowgin and Adam B. Kaufman. The Underground Shakespeare Company was founded just over a decade ago by a group of students at The University of Pennsylvania looking to produce independent theater and a chance to present the great Shakespearean plays to the community. The Undergroundlings are a company of players – there are no committees or hierarchies, and there is no distinction between actors in principal or secondary roles, musicians and techies. The entire company works together on all aspects of the production. The Underground philosophy calls for short rehearsal periods which stress the meaning of the text. The result is an authentic, organic performance. Their mission is to produce high quality, no-nonsense plays by Shakespeare and his contemporaries. A variety of approaches are used to bring the plays alive, and to break down the barriers between actors and audience. Underground Shakespeare is open to anyone in the community and membership includes current undergraduate and graduate students, alumni, staff and theater professionals from around Philadelphia. At Penn, Underground Shakespeare is sponsored by and resident at Rodin College House. 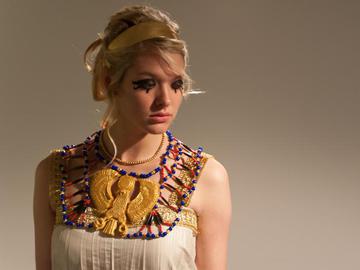 There is an added $2 charge per ticket for Philly Fringe shows to cover box office and ticketing costs.